Close
Back to top

Tapestry design for a sumo tournament 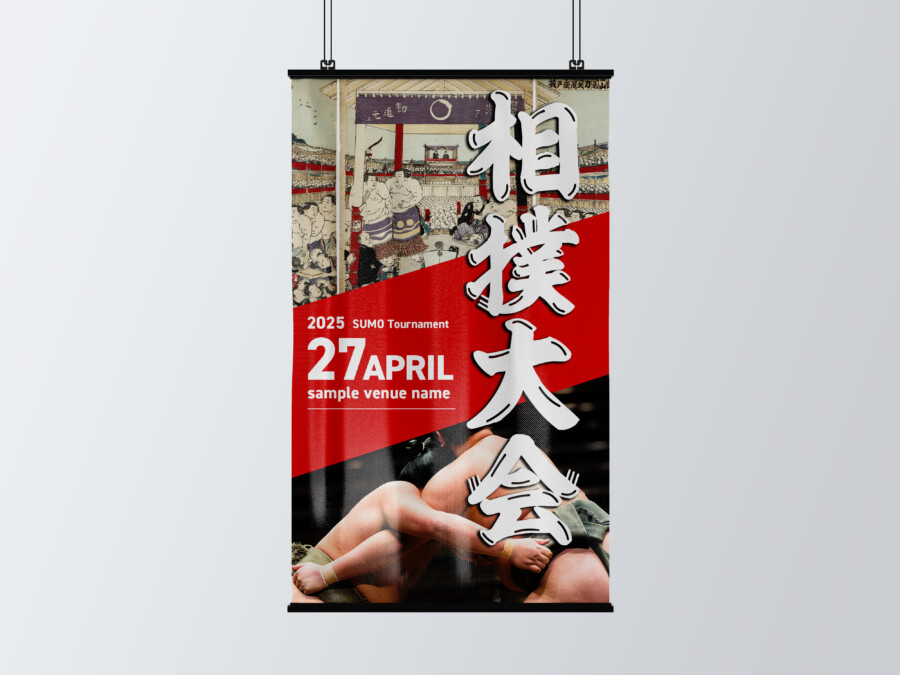 Posters of sumo tournaments usually don’t look that different from other sports such as wrestling, football, or whatever. For instance, one of the typical key visuals is a picture of top wrestlers featuring “Yokozuna” and “Ozeki” standing side by side. Or, you will often see photo montages of top wrestlers fighting. Such presentations are the most effective way to draw people’s attention because most Japanese can quickly identify those wrestlers.

The sumo tours occasionally go overseas in between the regular bi-monthly tournaments. We designed this tapestry to serve for such events abroad. So, we aimed at a key visual that appeals to an international audience.

The key visual has two images. One is a photo of the moment two wrestlers grappling with each other, which demonstrates the excitement of this sport. The other is an illustration inspired by “Ukiyo-e” woodblock prints from the Edo period. It makes the audience feels the long history of sumo and its strong connection with Japanese culture.

This graphic design is a sample.